When we were in Chicago my dad spoke with this homeless man who needed knee surgery and couldn’t walk without his walker. My dad prayed for him and the man got up and started walking up and down the sidewalk with tears in his eyes. I so respect my parents for the ministry they do when no one is watching, even on our way to lunch –  Courtenay Bradley-Nelson, GWI Executive Administrator.

I have never been out of the country, nor have I ever flown in an airplane so I was a bit reluctant to go on this Missions Trip.  It was the best thing I have ever experienced in my entire life and I am so honored to have been a part of it.  I went in with the mind-set that I was going on this trip to minister & bless someone there; instead, I was the one blessed. This life-changing trip brought me to a new level of faith & prayer.  To witness miraculous healings and deliverance and seeing the glory of God manifested in these dark places was so amazing.  The families I met in the Quilombos & the Favelas, have each impacted me tremendously by showing the love of Christ.  The Favelas & Crackolandia have put a smile on my face because no matter what it looked like, I saw hope in the people there. Much work is still required but we as God’s workers, are up for the task.

GODSOM has impacted my life in such a way that It has taught me who I am in Christ and knowing who I am I have the same authority as Christ because he lives on the inside of me. I know now that I can do the same works as my Father because Christ lives in me. GODSOM has taught me a whole new understanding of God’s Word and it has helped me to find my purpose and calling which is Ministry of Helps and Evangelism. The school, instructors, and alumni are amazing and I would highly recommend this school to anyone who desires to find their calling. – Michelle Solis

A man that has been attending the Supernatural and Divine Healing class had recently gone to the doctor and told you are at early stages of diabetes. The man also noticed he had began having symptoms low sugar for the last several weeks. The man began meditating and confessing the Word from the class, but seemed to be having the same symptoms. Finally, he had an appointmen…t with his doctor and explained some of the symptoms. The doctor said, as I told you before you are probably predisposed to this. It’s a part of your genetic makeup. The doctor went on to say, we will prick your finger and should be able to determine what’s going on in a few minutes. While the procedure was being performed the man just continued to declare the Word. The doctor left for several minutes, while they waited for the results of the blood test. Several minutes later the door swung open and doctor stood there puzzled and said, “That’s why you have been feeling like you had low energy. You sugar has actually dropped down to normal level. Your blood sugar is perfect now. You may just need to add a little more protein to your diet and you will feel better.” With both fist raised high, the man began praising God, right there.

Who told you, that you were sick and could not get well. Let God be true and every man a liar. The symptoms were a lie, the prognosis was not true. Even when we think we have the facts, God’s Word is truth. Truth is the highest realm of reality!

When you confess His Word the entire universe must adapt to accommodate His Word. Praise God.

One of our students shared this praise report. She had been hearing the Word about naming your seed. She had been without reliable transportation for some time. Someone from her church was planning to trade their car in for a new one. Well, it turns out they did not need to use the trade-in, and the Lord spoke to them to give their car to her. They put brand new tires on the car and changed the oil and delivered the car to her home today. God always operates through Love, Faith and Seed.

While we were attending the Prayer Boot Camp workshop during the week when we targeted our prayers on praise and worship one of the participants reported they had injured their back and could barely stand, move or walk for an entire week. The pain was so severe. However, during this session we targeted our prayer exercise on worship and everyone began ministering to the Lord. As we began ministering to the Lord, the gift healing and miracles manifested over internet and this persons back was suddenly and instantly healed. It’s been several months now and there has been no further traces of back problems. Praise God for His mighty power. 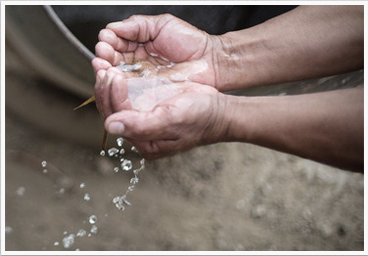 Mission
To empower believers to fulfill the mandate to take the gospel to the nations, by training, equipping and mobilizing individuals to participate in the planning, organizing and delivery of ministry campaigns– to effectively reach nations of the world with the message of Jesus Christ.